The Hub is a peer to peer marketplace to hire photographers, videographers and models. I oversaw the product design from concept to creation for a React web app, mobile, and iOS.

My first project at The H Hub was to redesign the iOS creator app. I worked closely with the former designer to receive assets and brand materials. Unfortunately, at that time, there was no design system in place and the hand-off was unorganized. Browsing outdated sketch files and dozens of Dropbox links for brand materials was more time-consuming than necessary. If we needed to build fast, we needed to change the way we designed. 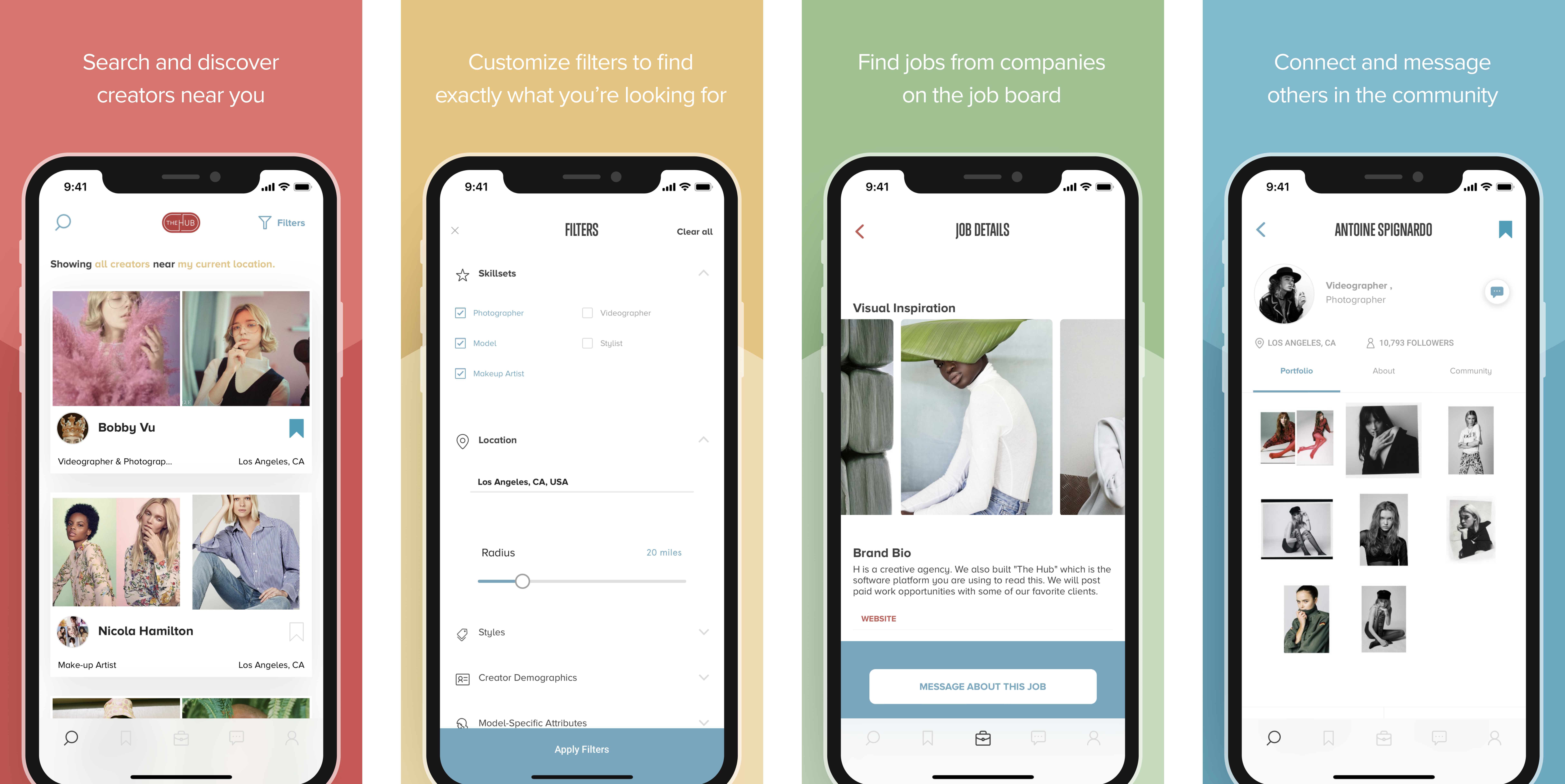 I suggested we move everything over to a central location as the source of truth for product, marketing and development hand-off using Figma. The engineering team was optimistic about this transition, so I worked with the front-end developer and designer to evaluate the patterns that existed within the app.

The goal was to have a central library for both iOS and web that could eventually serve a 1:1 with the developers using Storybook, an open-source tool for developing UI components in React. After analyzing the patterns, we took the most important elements into a list under the following organization: 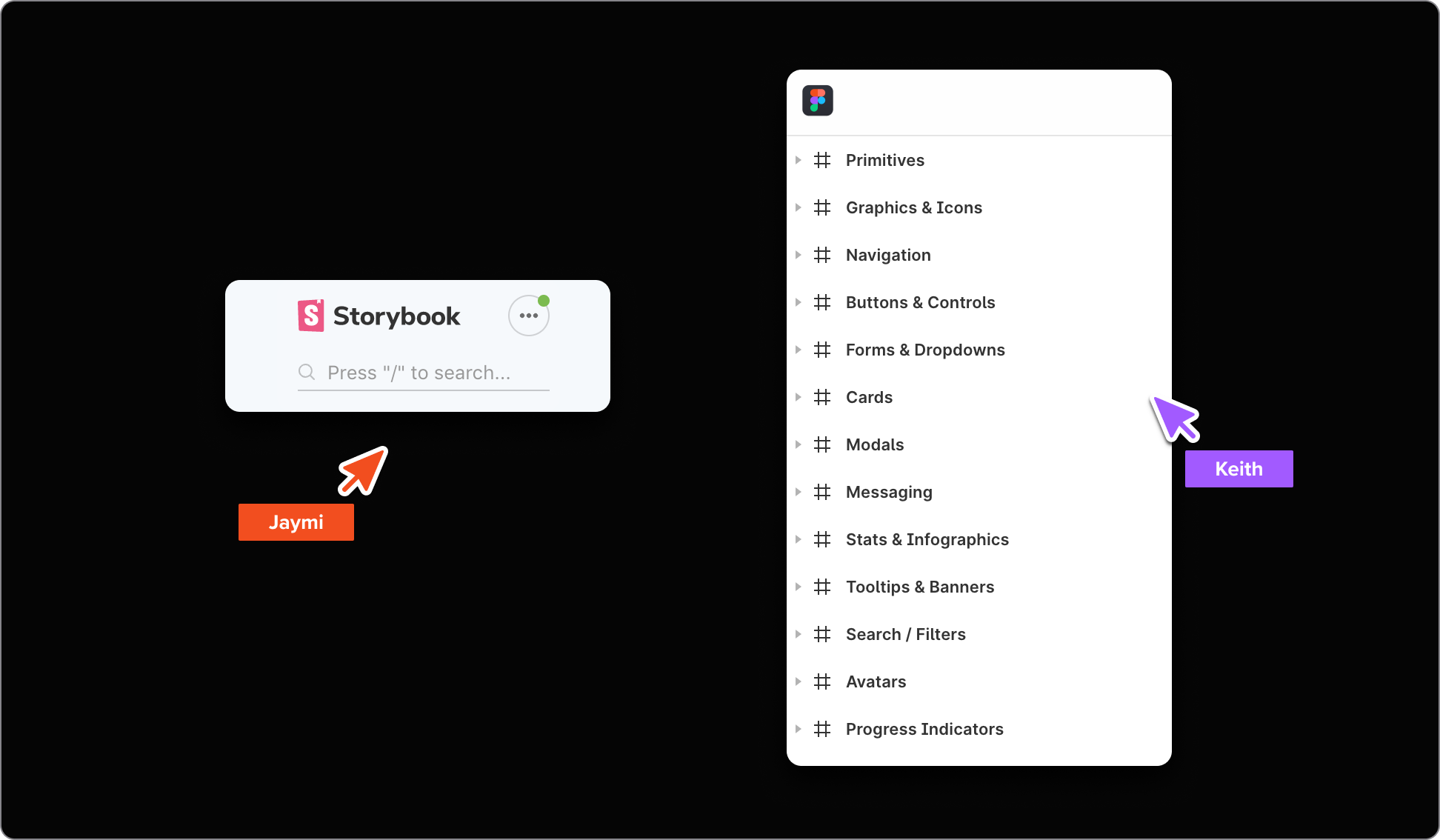 Our primitives were the basis of onboarding new team members. Any developer, designer or performance marketer could jump into the project knowing it was the most up to date visual language at The Hub. Check it out for yourself here.﻿

With our new design library, I was able to prototype and design much faster. Using Figma, I was able to send public links to test the new iOS designs within the team for feedback.

During my first year with The Hub, our primary income was generated from agency work. Our creative community is 30,000 hand-selected photographers, videographers, stylists, makeup-artists and models. Our stakeholders and employees agreed that scaling an agency had its cap. Our next goal for survival was to create high-end software that would enable anyone to self-service their creative assets. The vision was to create a marketplace to hire great creatives and pay them for your job all in the Hub.

We started to feel confident about what we needed to build and who we were building for. This leads us to our first 2 personas: Our client, Elliott, and the creator, Darlene. Using Jira as our source of truth for user stories, we started flowcharting the happy path to hiring a photographer and managing a job. We also did this for the creator's side, finding a job and doing the job. We collaborated on some flows using Miro. 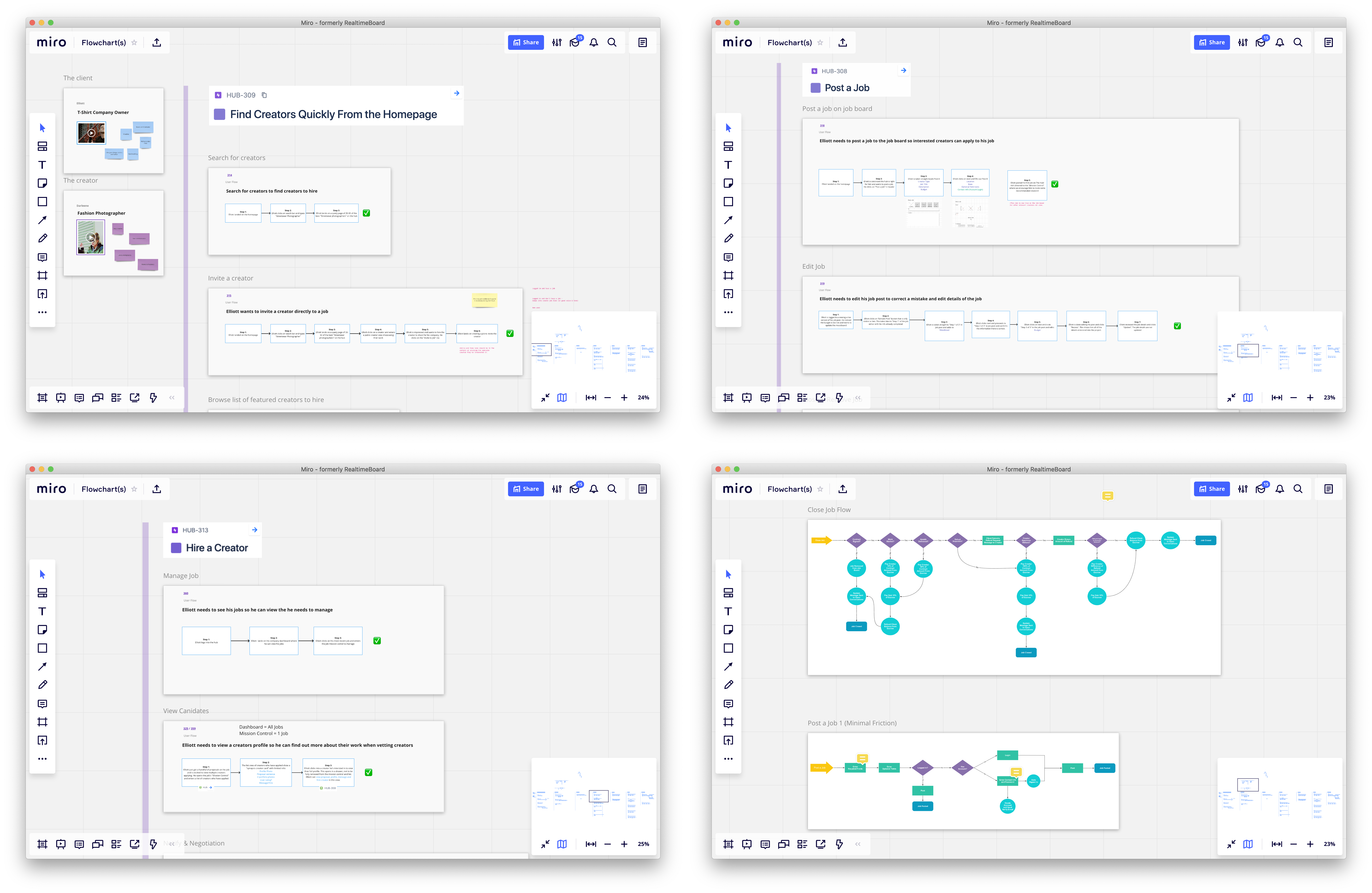 Starting with the client first, we prototyped the experience of posting a job. We did an A/B test to monitor the amount of friction a client would endure to create a successful job posting.  We repeated this process throughout the funnel, finessing each experience until a client completed a job.

Now, let's take all of that effort, and explain how it work in a 2 minute video. The goal of this video is for someone new to understand what the product does. I directed and created the assets for this animated video. Check that out below: 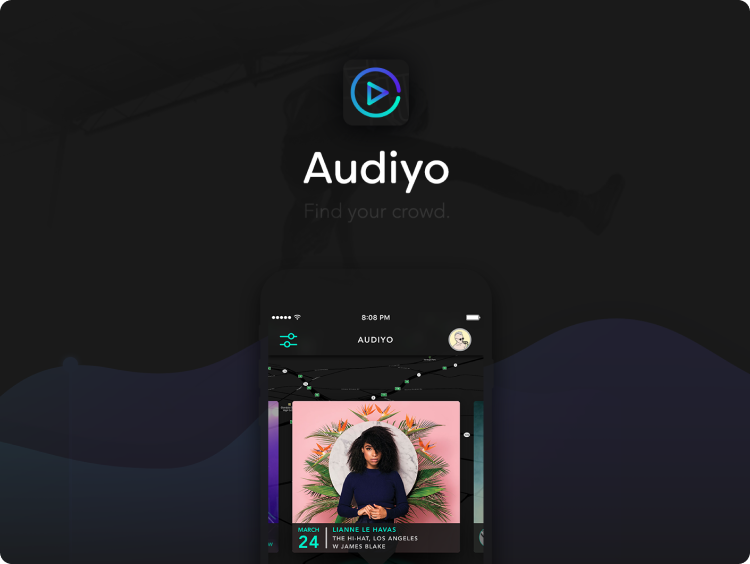 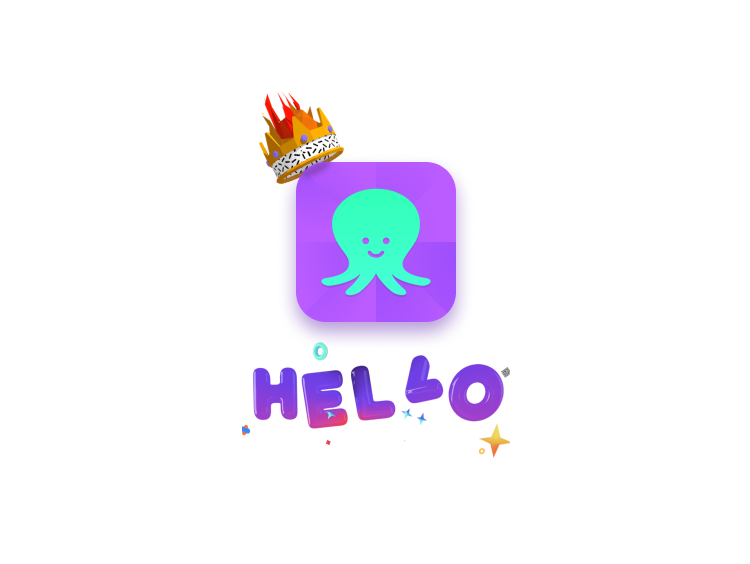